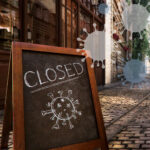 In many medical research and clinical practice fields, Australia “punches above its weight.” But does this apply to ketamine or psychedelics?

The Therapeutic Goods Administration (TGA) has approved ketamine as an anesthetic agent in both humans and animals in Australia. It is a Schedule 8 (S8) controlled substance. This means that state laws treat possession and recreational use as criminal offenses and impose additional requirements for doctors who wish to prescribe it to patients.

Like many other countries such as the US, ketamine does not have approval for treating depression in Australia, meaning its use in this area is “off-label.” This off-label use is not as widespread as in the US, and there are not any equivalent high-profile ketamine clinics. This might even seem incongruous, but a quick look at ketamine’s recent history in Australia will show how the current situation came to be.

As awareness of ketamine’s potential usefulness for disorders such as treatment-resistant depression grew throughout the early 2000s, more psychiatrists sought to use it in this capacity. This treatment was not widely known to the public but did not produce any significant issues for many years.

Then came the “Aura Medical” episode. In 2014, this commercial chain of clinics began offering ketamine injections for depression and suicidality. At this time, Australia had many people suffering from treatment-resistant depression. So, there was no lack of patients willing to find $150-$200 for regular treatments.

But the clinics were beset by alleged lack of adherence to medical guidelines and numerous breaches of informed consent.

Multiple failures of medical judgment would eventually result in at least one doctor having complaints of professional misconduct upheld against them. But long before any of this made it to the courts, the scandal had caused the business to collapse, with publicity regarding ketamine being so adverse that some university clinical trials using the drug could no longer attract funding. Clinical use and research on ketamine in Australia continued, but much more quietly and on a smaller scale. In reaction to the off-label use of ketamine, states in Australia have brought in additional requirements for psychiatrists who wish to prescribe it. These vary but generally involve special applications to state departments of health and review and oversight by panels of medical experts. So, prescription does still happen, but much more slowly and on a smaller scale.

Research has bounced back, though. There are clinical trials currently underway investigating ketamine’s known effectiveness in treatment-resistant depression in both adults and youth, depression in palliative care, and borderline personality disorder. Researchers and clinicians hope that these will eventually lead to a more streamlined prescription pathway for using ketamine as a mental health treatment.  While TGA approval for ketamine as an on-label treatment for depression seems a little way off, there has been some progress. The TGA has approved Spravato (esketamine hydrochloride) for adults who have not responded to at least two different antidepressants.

However, it must be prescribed in conjunction with a newly initiated oral antidepressant treatment. In parallel with renewed interest in ketamine and the growing psychedelic renaissance happening worldwide, there is an increasing awareness in the Australian community of the potential for psychedelics to help treat a range of mental health issues. In Australia, all psychedelics, such as LSD, psilocybin, mescaline, and DMT, are Schedule 9 (S9) prohibited substances, putting them in the same category as heroin or methamphetamine. Likewise, the psychedelic-like empathogen, MDMA, is placed in this grouping by the TGA.

The upshot of this is that possession of these substances is highly illegal under state laws. Clinical use of S9 substances in Australia, while technically possible through the TGA Special Access Scheme – B, is both complex and highly restricted. Unsurprisingly, there has been limited clinical research into psychedelics in Australia until relatively recently. (Though it is worth noting that underground research, driven by our national tendency to disregard authority along with the abundance of DMT in native flora here, continued regardless.)

There are three main reasons to think that Australia will move towards a situation where psychedelic-assisted therapy may eventually be more available. The first is that the TGA is considering a slight rescheduling of MDMA and psilocybin. Initially, it seemed they would reject this application, but now the matter will go to an independent committee for review before they make their final decision.

The second reason for optimism is that psychedelic research is finally taking off in Australia. Australian researchers have conducted numerous meta-studies and surveys of psychedelic users’ experiences. A clinical trial of the use of psilocybin to treat depression and anxiety in life-threatening illnesses is about to start.

Finally, the third reason to think that the current situation will change is the growth of non-profit organizations seeking to undertake and support psychedelic research and advocate for better access to treatment options, and lobby for broader evidence-based drug-law reforms. Organizations such as Psychedelic Research in Science & Medicine (PRISM) and the Australian Psychedelic Society devote considerable time and effort to ensure that regulators and politicians hear both expert and community voices.

The prospect of better patient access to ketamine and psychedelics is highly significant here in Australia. One out of every seven Australians will experience depression at some point in their lives, and suicide continues to be the leading cause of death for Australians aged 25-44. Other issues such as anxiety and PTSD continue to impact millions of Australians, many of whom feel that existing treatment options have not helped them or even worsened their conditions. Let us hope that researchers, clinicians, advocates, and regulators can find common ground in bringing these much-needed treatments into the mainstream of mental health down under.

What The Pandemic Has Taught Me