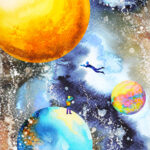 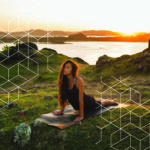 I Am In Pain Management, Why Is My Pain Getting Worse?

It is a question that patients who experience chronic pain should ask themselves. Pain is defined as the perception of noxious stimuli. If you perceive the pain, then the pain is real. There are too many different manifestations of pain to cover with just one article, so today we will focus on patients who experience chronic back pain after surgery. Many of these are patients of pain management physicians and take opioid medications daily. According to the Center for Disease Control, approximately 20% of all adults in the United States suffer from chronic pain and 8% suffer from high impact chronic pain.1

Over the last 20 years, there has been a correlation between the increase in opioid prescriptions and the increase in patients requiring long-term opioid pain management. Is this due to an influx of “drug-seeking” patients trying to get a hold of opioids? Absolutely not! There is a phenomenon called Opioid-Induced Hyperalgesia (OIH) that has been recognized as the primary culprit for the ever-growing number of patients requiring chronic opioid therapy.2 OIH is a hypersensitivity that develops in all patients that regularly consume opioid medications.3 Could you be suffering from OIH? Tell me if this story sounds familiar.

John injured his back while wrestling his two grandchildren on the backyard trampoline. “It’s no big deal,” he said. He would quote his father and say, “Time and rest will heal anything.” After a few days with no improvement, his wife, Mary, insisted that he see a doctor. After a few different doctor visits and a CT of his back, John learned that his injury would require surgical correction. While he waited for his surgery date, his primary care doctor prescribed a low-dose opioid medication to help manage his pain. A few weeks later, John finally had his surgery. He is very excited to finally be rid of his back pain. Afterward, the surgeon told John his surgery was straight-forward, and he should improve quickly.

Four days post-op, John’s back was still killing him. He thought, “maybe I just need more time,” so he continued taking his prescribed opioid medication.

A month passed and John’s pain persisted. At his follow-up appointment the spine surgeon showed John the post-op imaging of his back and insisted that there is no “physical” reason for him to still be in pain. John was referred to a pain management physician who changed John’s as-needed opioid prescription to a long-acting opioid medication. John’s pain improved for a few days, but now his head feels “foggy”, he is constipated, his pain was beginning to break through the medication. John was tired all the time and found himself sitting in the recliner most of the day. His pain level continued to creep up over the next six months while his energy level and mood remained low. John no longer got a reprieve from his back pain. The opioid medication just kept the pain from becoming unbearable. John could no longer wrestle with his grandchildren. It was hard to be around them for too long because his ears had become sensitive to noise and he would get a headache. He was stuck and wasn’t sure how this happened. He did everything he was supposed to do, didn’t he? His father worked hard his whole life and could still outperform most of the young men into his 80s. How did this simple injury take him down?

John’s story mirrors that of so many other chronic pain patients  Many pain management providers dismiss OIH as only a problem for patients who overuse or abuse their medications. All pain science disagrees. Several years ago a group of anesthesia providers formed the Society for Opioid-Free Anesthesia and began leading the charge to bring attention to the danger of opioid use in the surgical and hospital setting.4 This group of anesthesia and pain experts have perfected protocols that significantly decrease post-op complications, increased patient satisfaction with pain control, and dramatically shortened patient recovery after surgery without utilizing any opioid medications.